A Deck Built from Railroad Ties and Leftover Wood!

Last week, the kids and I went on a two night trip to visit my grandparents. We love to stay with them and always have such a good time.

I have mentioned before, but Mr. Adventure Life and I both are blessed with really super families. Spending time with our families only reminds us to spend more time with them. We genuinely respect, love and like them.

These trips make some really special memories for my kids.

So while the kids, mimi and I were playing cards and eating mema’s banana pudding, Brian was working hard at his job job and then coming home to work hard at the Yellow House. What a guy.

Before we get into it, I would like to mention that I tried to get him to write this post. He was, after all, the one that created, and built his deck……but it’s me, Stephanie. I’ll do my best to describe the process, although I really just want to brag. 🙂

Using some Pinterest inspiration (Pinspiration, if you please), he came up with his plan to use what we had laying around to build it.

Here’s some of that Pinspiration for you: 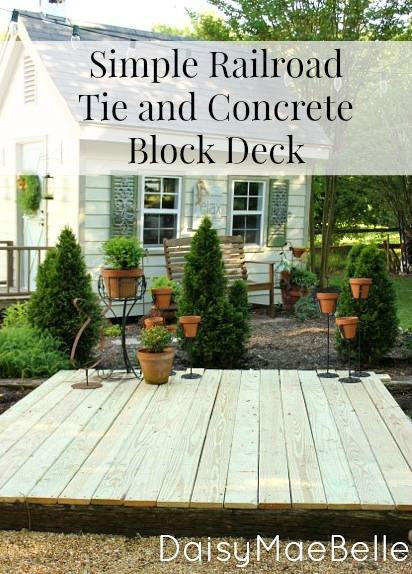 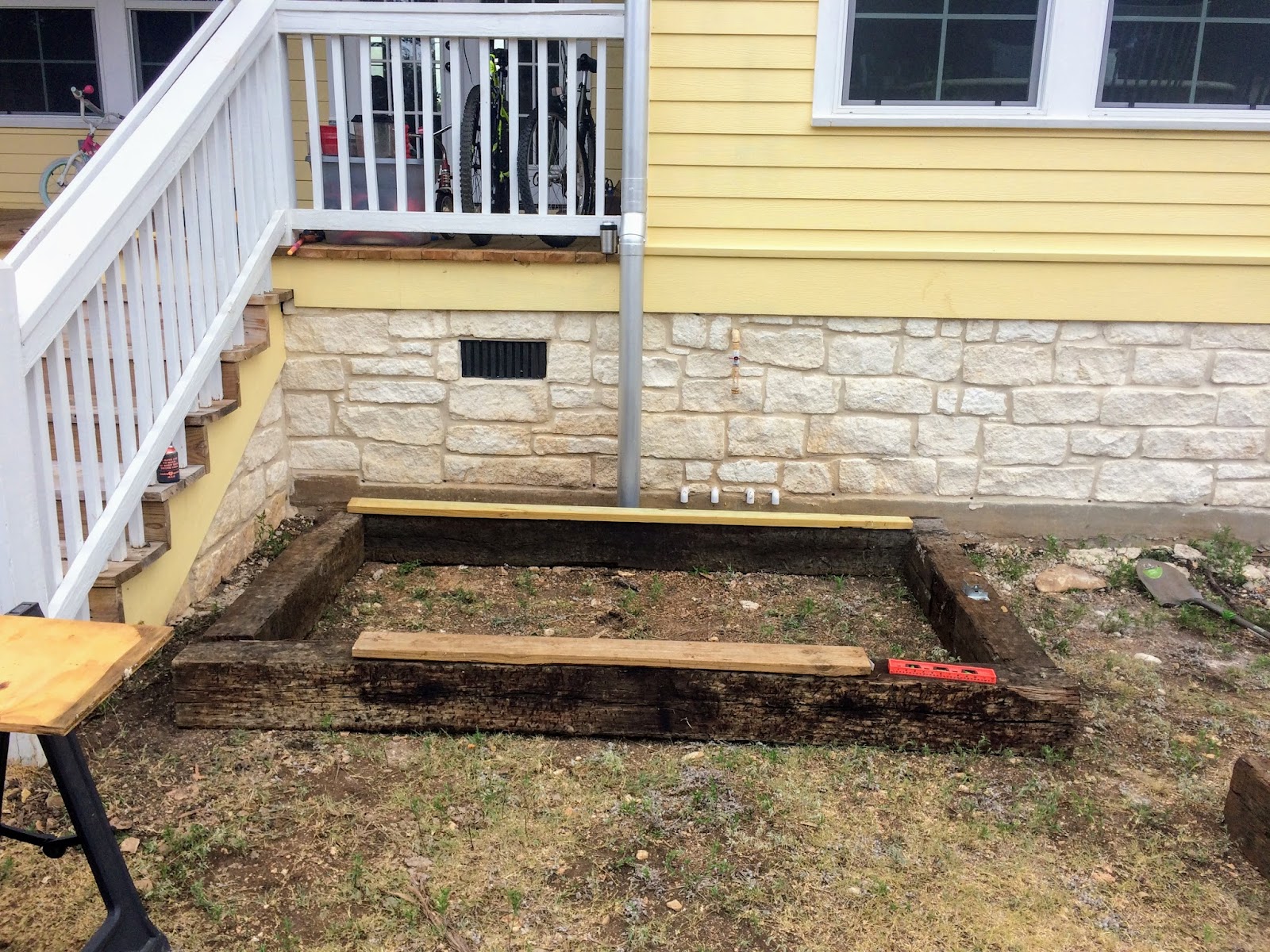 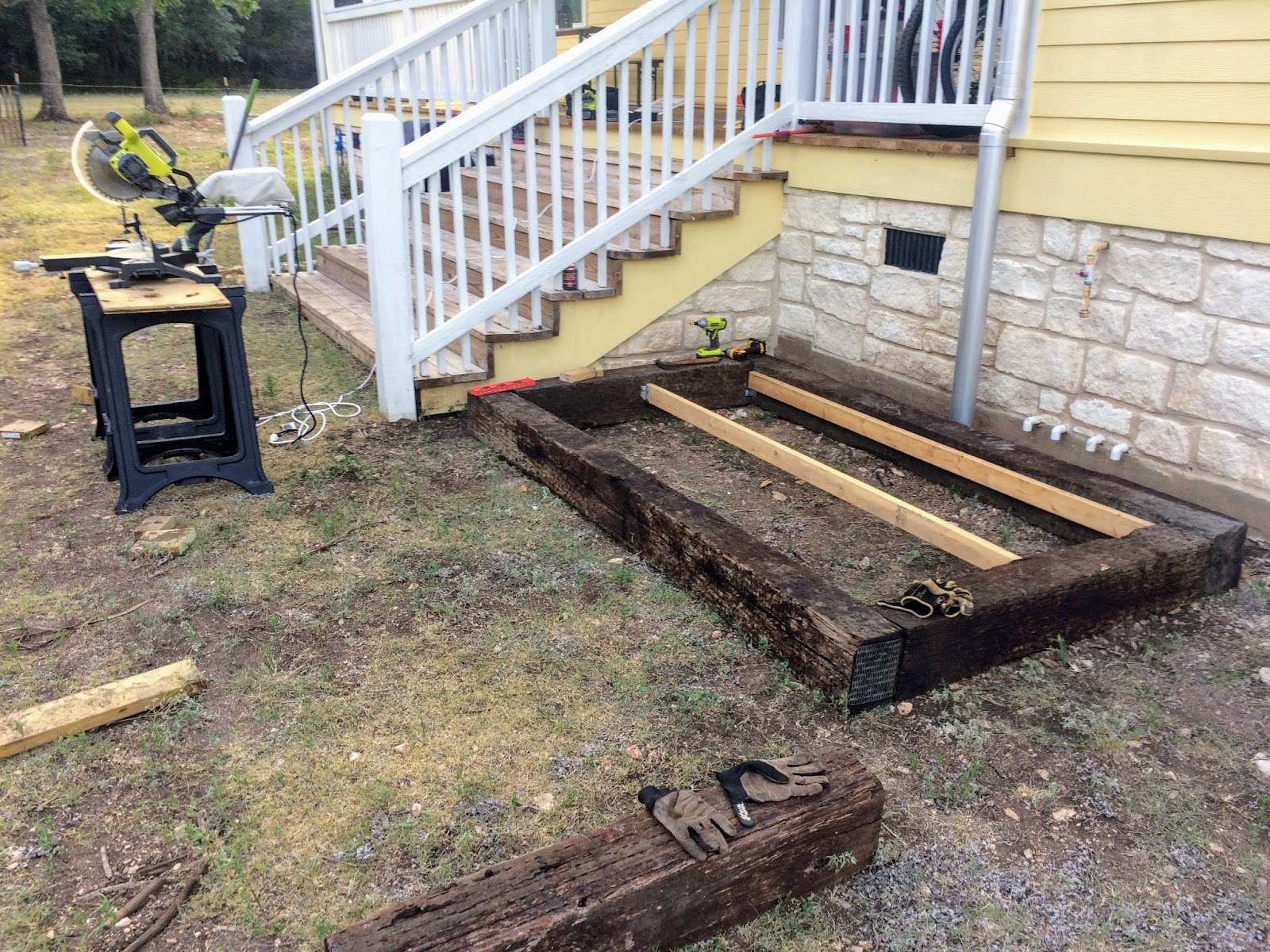 Instead of using the concrete blocks like the above blogger suggested, Brian purchased 6 brackets for $1.50 (The TOTAL price of this deck!) which he attached to the ties and used to place the boards. He came up with that himself so that he could use the boards we had. Brains and beauty, people.  I am so impressed! 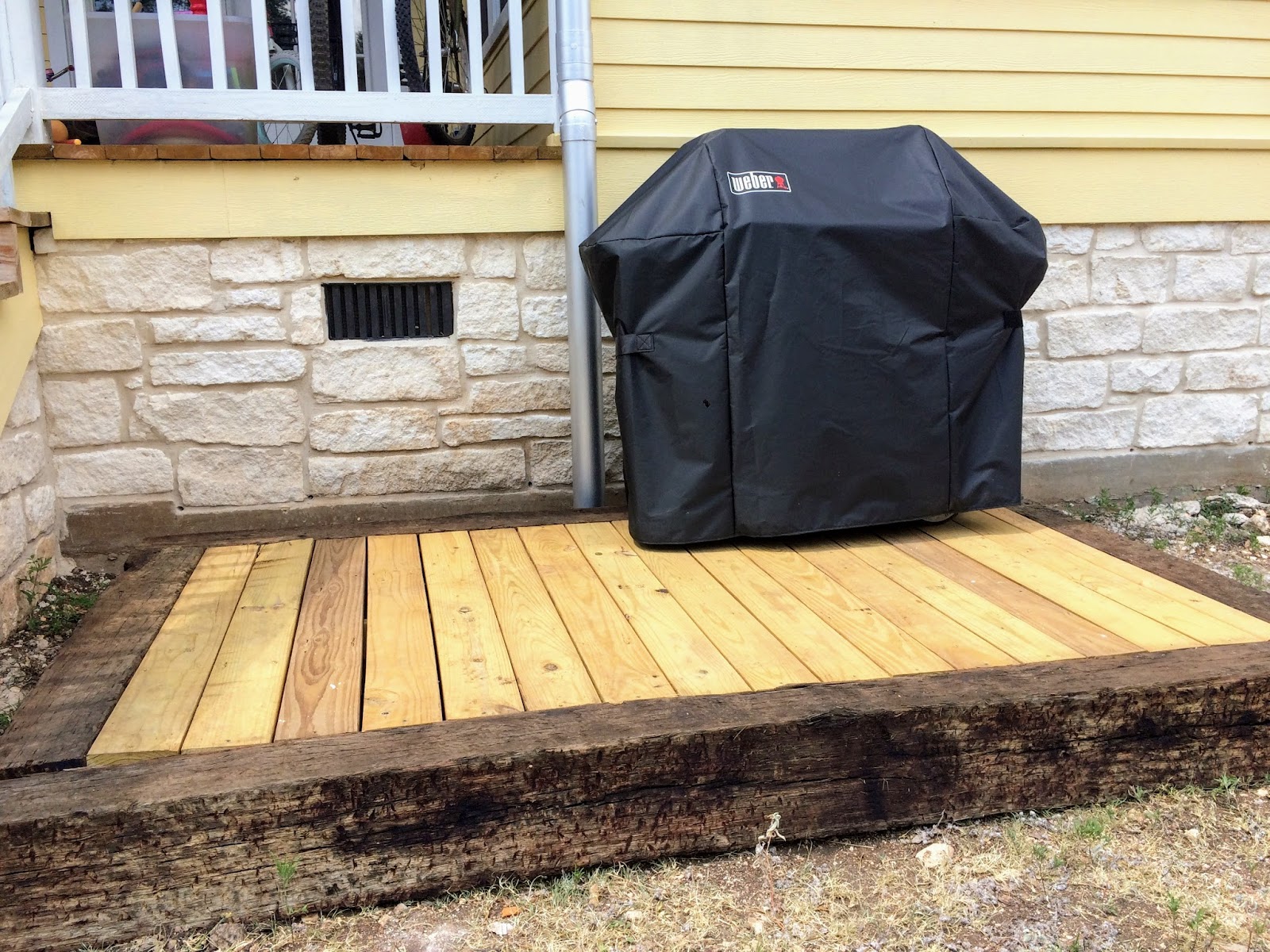 I am so proud of this, and him. It was created by Brian, built in four hours (of hard work!), for a TOTAL of $1.50 (for those brackets). It is sturdy, and I think it looks so good. It’s rustic and suited to our house, but was also almost free. But, like many projects, it also provided another learning opportunity.

“Brian, have you ever built a deck?”

“Yes, I have. Using discarded scraps and screws actually.”

*Special shout out to Brian’s dad, too! He also has a paying job, and helped out after work. Hard work runs in the family, I guess. 🙂

Stephanie lives in Texas with her handsome, handy husband and two kids. Together, they are working to realize their full potential as "country people" and leave a legacy with their beautiful land. View all posts by Stephanie

One thought on “A Deck Built from Railroad Ties and Leftover Wood!”